MyCamper is the largest sharing platform for camping vehicles in Switzerland. Rent one of over 2'000 campers now! 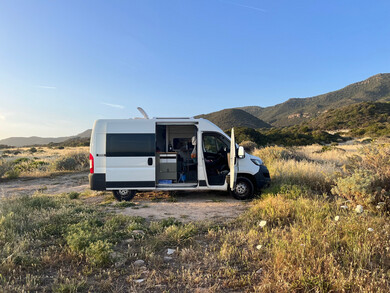 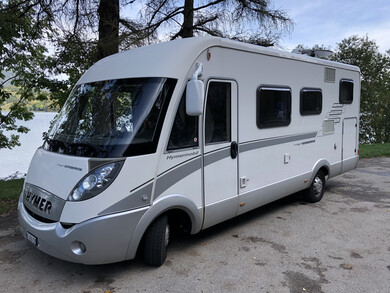 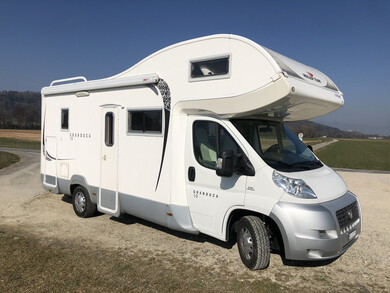 No matter in which district of Bern you want to rent a camper, a motorhome or a caravan, at MyCamper you will find it. From Länggasse-Felsen and Mattenhof-Weissenbühl to Kirchenfeld-Schlosshalde, Breitenrain-Lorraine and Bümpliz-Oberbottigen - at MyCamper you will find the right vehicle for your vacation in all neighborhoods of Bern. This way, you will not have to travel far to rent a camper in Bern.

When renting a camper in Bern you have plenty of choice. At any time of the year, you can choose from over 400 camping vehicles, ranging from compact camping buses to well-equipped semi-integrated motorhomes to luxurious integrated motorhomes. Also, people who want to rent a caravan in Bern will definitely find what they are looking for at MyCamper. And last but not least, camping fans who want to rent originalcampers in Bern will also get their money's worth here. On MyCamper you will find combis, pick-ups and even ape cars with roof tents and other camping superstructures. There are numerous reasons to spend a camping vacation in and around Bern. The capital of Switzerland may not be particularly large, but it still has plenty of sights to offer its visitors. The biggest tourist magnet of the Swiss capital is its historic city center. The old town of Bern is undoubtedly one of the most beautiful and best preserved historic city centers in Europe. Its typical narrow alleys and its imposing sandstone buildings give the old town a very special charm. It is therefore not surprising that Bern's Old Town has been a UNESCO World Heritage Site for almost 30 years. A special feature of the old town are the arcades called "Lauben", which are a good six kilometers long and represent one of the longest covered shopping promenades in Europe. Landmarks of the city are the time bell tower "Zytglogge", the Bern Cathedral and the Bundeshaus with the Bundesplatz. However, Bern is not only worth a trip for sightseers and shoppers, but also for animal lovers. In the middle of Switzerland's capital city, an extremely diverse animal world flies, hops, creeps and swims. In the Dählhölzli Zoo, visitors can admire numerous native and exotic inhabitants. And bear fans can marvel at the three Bernese brown bears in the BärenPark, a park on the slopes of the Aare River.

If you want to rent a camper or motorhome in Bern, you will find a whole series of exceptional panoramic roads in and around the city. For a magnificent view of Bern's old town with the Mattequartier down by the river, be sure to drive your camping vehicle up the Grossen Muristalden. The view is so impressive that the renowned "New York Times" has named the Grossen Muristalden one of the most beautiful city streets in Europe. Moreover, Bern is not far from the Bernese Oberland, where the impressive peaks of the Swiss Alps rise. This is also where two of Switzerland's most famous and beautiful pass roads are located: the Grimsel Pass and the Susten Pass. While the Grimsel Pass connects the Canton of Bern with the Canton of Valais, the Susten Pass connects Bern with the neighboring Canton of Uri. Both passes are located at an altitude of just over 2,000 meters and, with their numerous hairpin bends, they are a dream for every (experienced) camper driver. The arduous climb is rewarded by the many combinations of curves with a breathtakingly beautiful mountain panorama.

If you want to rent a camper or caravan in Bern, you can park your camping vehicle right in the city. From the campsite Eichholz on the outskirts of Bern you can reach the old town in a few minutes by streetcar. In addition, the Eichholz campsite is beautifully situated on the banks of the river Aare. Camping Eymatt is also located on the banks of the river Aare in the immediate proximity of the city. Nestled between Lake Wohlen and a forest, Camping Eymatt is the perfect place to relax in the midst of nature. Also in the surroundings of Bern a camping site can be found quickly. With your rented motorhome or campervan, a variety of beautiful campsites await you in the Bern region in the middle of nature and yet close to the city. Two of the most popular camping regions in the canton of Bern are the Emmental and the nature park Gantrisch.

Picture by Omar M. on Unsplash