Rent a Renault camper & go on an adventure

With a motorhome or panel van on a Renault basis, every traveler gets an ideal combination of comfort, space and cost-efficiency. 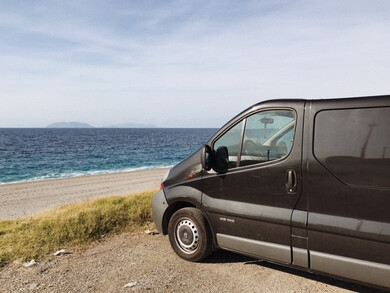 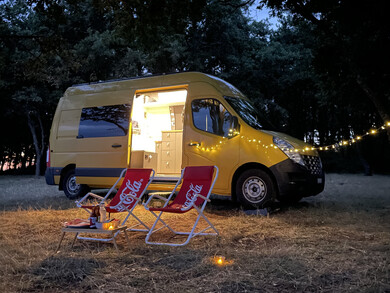 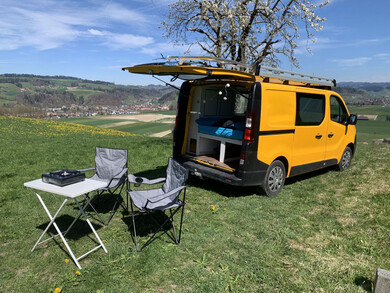 Renault: The niche provider among the base vehicles

Next to Citroën, Fiat, Ford and Mercedes, Renault is the fifth automotive company to produce base vehicles for camping vehicles. Since 1980, the French car manufacturer has been producing two extremely successful commercial vehicles, the Master and the Trafic, which have now been sold millions of times all over the world. For many years, the two van models have also served as chassis for all kinds of camping vehicles - from panel vans to semi-integrated motorhomes and alcoves. However, compared to the other manufacturers of camper base vehicles, Renault has remained a rather insignificant supplier until now. With the company Ahorn Camp, only one camper manufacturer has entered into an exclusive partnership with Renault. In addition, some other camping vehicle manufacturers, such as Adria from Slovenia, use the Renault Master and the Renault Trafic as the basis for their panel vans. In the meantime, some smaller camper companies have specialized in upgrading Renault vehicles. For example, Kompanja Campingbus is converting the Renault Trafic Camper into an interesting combination of motorhome and everyday vehicle.

Renault Master and Trafic: the popular and multifunctional vans

For decades, tradesmen in all sectors have relied on Renault Master and Renault Trafic as commercial vehicles for their professions. Both vans have powerful yet economical diesel engines. In addition, Master and Trafic are equipped with numerous intelligent assistance systems. And last but not least, the Renault vans score with an appealingly modern exterior. Thus, it is not surprising that Renault has also succeeded in entering the motorhome sector on that basis. Over the years, thousands of business and private owners have converted their Renault vans into individual camping vehicles. From hardly any other brand are so many so individual camper and panel vans on the roads as from Renault.

Renting a Renault camper is the beginning of an exciting and adventurous vacation. With a Renault Trafic Camper or a Renault Master Camper you will have a perfect combination of comfort and space on every trip. If you want to rent a Renault camper in Switzerland, you should take a look at the MyCamper. With over 1300 vehicles MyCamper offers its customers the largest selection of camping vehicles in Switzerland. At MyCamper motorhomes and caravans can be rented easily, including insurance. From the compact camper van to a comfortable semi-integrated motorhome to a spacious alcove, camping fans will find their personal dream vehicle at MyCamper. Those who need a large Renault camper for their vacations should choose one of the Renault-based motorhomes from Ahorn Camp. On the other hand, those who prefer to start their vacations with a compact Renault Trafic or Renault Master Camper can choose from numerous suppliers of Renault-based compact vans and panel vans at MyCamper.