On the way with an LMC camper - rent and just go.

From panel vans to luxury vehicles — a model for everyone 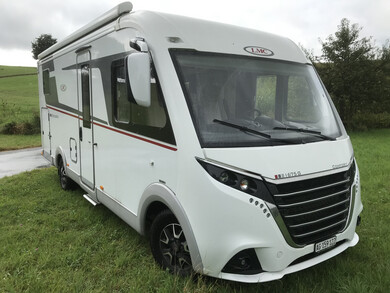 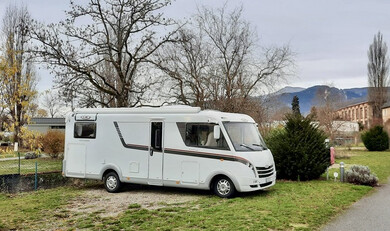 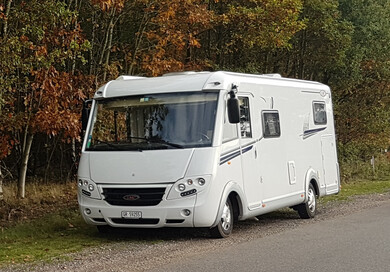 Rent a LMC motorhome in Switzerland

LMC motorhomes have been realizing holiday dreams for many years. Renting an LMC caravan or discovering Switzerland and Europe with an LMC RV — if you want to travel, you can choose your favorite from a range of solid models to the luxury variant. Safety and comfort are paramount when a tour with the caravan is due. Be independent, find new favorite places or meet old acquaintances: in the most beautiful weeks of the year, traveling with the caravan or motorhome, literally broadens the horizon and promises an unforgettable time.

Passion meets tradition: LMC has been building campers for more than 60 years

LMC has decades of history. From ambition and passion for mobile travel, a traditional company with a remarkable selection of caravans has emerged. Even before the company was founded, the designers and bodybuilders Austermann and Hartmann developed their first caravan, the butterfly I. The company Austermann, based in Sassenberg, in Sauerland, became Wilhelm Saure KG in 1966 and has been expanding continuously since then. The economic success in 1974 led to cooperation with the company Karmann in Rheine, where large parts of the production were transferred. Four years later, production was again expanded and mobile homes were produced in Warendorf from 1978. In the 1980s, the production facilities in Sassenburg were finally expanded. The company prospered, new shareholders were accepted and” LMC Lord Münsterland Caravan GmbH “was founded. Between 1981 and 1985, the highly successful model series Münsterland, Luxus, Münsterland-Dominant, Lord, Lord Exquisit and Liberty were created from 1986. In 1991, Erwin Homer took over the company and named it” LMC Caravan GmbH “for short LMC. The company T.E.C commissioned LMC with the production of caravans. In 1995 T.E.C. also moved to Sassenburg. At the beginning of the new millennium, the company continued to expand, expanded production halls and logistics halls, and invested in machinery and equipment. Alcoves and semi-integrated motorhomes on Ford Transit chassis were produced from 2005 onwards. In 2020, LMC will be celebrating its successful development with the anniversary models” Style 493K “and” Van 643G “of a 65-year edition. Renting an LMC motorhome is a great travel experience.

LMC stands for quality and safety — motorhomes for safe travel

From the passion for caravanning, something very big has developed. The company follows the company's philosophy of “Confirmation by Quality”. Safety and appreciation are the focus of production and development. Durability and quality are characteristics that are consistently pursued. The LMC Camper is best rented directly in Switzerland and is a reliable companion throughout Europe. You can choose from different models depending on your needs. Rent LMC motorhomes:” Element “,” Cruiser T “,” Cruiser V “and the” Anniversary model Van 643 G”. LMC caravans hire:” Sassine “,” Style “,” Style Lift “,” Vivo “,” Musica “and the” Anniversary Model Style 4993 K”.

Rent a LMC camper with MyCamper

With passion and commitment, caravans and motorhomes are created that set standards. The concept of rear lamp carriers is particularly and currently new in design. Durable LED and conductor technology stands for efficiency and safety. Dynamic flashing technology has already proven itself in the passenger car sector. Rent a LMC camper in Switzerland, travel safely and enjoy beautiful moments — so the holidays will be a pleasure.